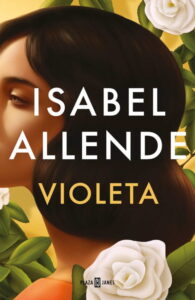 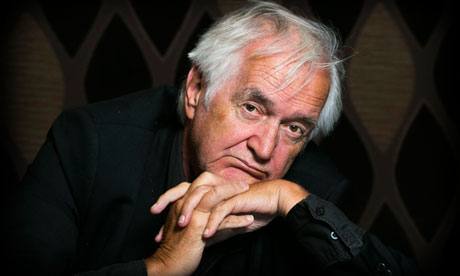 It is now two months since I was diagnosed with cancer. I am already well into the second series of chemotherapy treatment. Thus far I have been spared any noticeable side-effects. The fact that a battle is taking place inside my body is more of a vague suspicion than a definite feeling.

I have many reasons to be grateful. That is a thought that occurs to me every morning when I wake up. The efforts made by the staff at the Sahlgrenska hospital in Gothenburg could hardly have been greater, quicker or more efficient.

But of course nobody – neither I nor the doctors treating me – knows what my state of health really is. How effective the cytotoxins really are. In a few weeks' time various checks will reveal more about that. Until then, all I can do is to hope for the best.

It would be untrue if I were to claim that after the last two months I fully understand the implications of all this – of my cancer. I still wake up with a start during the night and think: this can't possibly be true.

But it is true. In my case it would be unthinkable to deny or to repress the facts. I am aware of course that a lot of people would rather not know details about what is affecting them. They are clutching at straws and clinging to illusions.

I can understand those people. But, in my case, that would be an impossible attitude. I want to know. Knowledge is what I believe in. The more I know, the better the resistance I can muster to repel the enemy that has invaded my body.

And besides, I'm not the only one in this position. The statistics are crystal clear: at least 50,000 people are stricken by cancer every year in Sweden. It is not difficult to work out how many that means per day, or per hour.

Moreover, they say that nowadays between six and seven people out of 10 survive their cancer. But that is a figure to be regarded with many reservations. What type of cancer were they stricken with? How soon was it diagnosed? Did the doctors succeed in applying the most appropriate treatment?

But of course, one could toss 10 scraps of paper into a hat, four of them with crosses on, and then hope to draw a blank piece. If that is how you prefer to approach life, you can allow chance to decide whether or not you will be a survivor.

And in any case, what is meant by "survival"? Is that reckoned in months or years?

Having cancer is not just being afflicted by a serious illness: the possibility that it will end in death is always lurking in the background. But as far as I am concerned, knowledge is a necessary ally. Understanding precisely what is happening, and what might enable me to gather strength in the most appropriate way. Not knowing is to embark upon a flight away from the facts, and I have no desire to do that.

Linked with this "knowing or not knowing" is another aspect that is crucial. Something I have come to realise over the last couple of months.

There are so many people who are desperately lonely with their cancer. Who have hardly anyone with whom they can share their torments, nobody to discuss their worries with, the angst, the panic that so often looms large during the nights.

As well as carers and counsellors, everybody needs somebody they can lean on. I don't think it is possible in the long run to answer all the questions on one's own.

In my case, I naturally recognise the importance of my nearest and dearest when it comes to enduring and remaining as strong as possible during my illness.

I have no idea how many of those 50,000 people in Sweden afflicted every year with cancer are lonely and defenceless. But nobody should be in that position. It is a challenge not only for the health services, but for the whole of our culture. The loneliness that has been allowed to spread over the last 50 years and become almost the norm is casting us ever deeper into a society that is basically inhuman. One in which solidarity and brotherly love has become the exception.